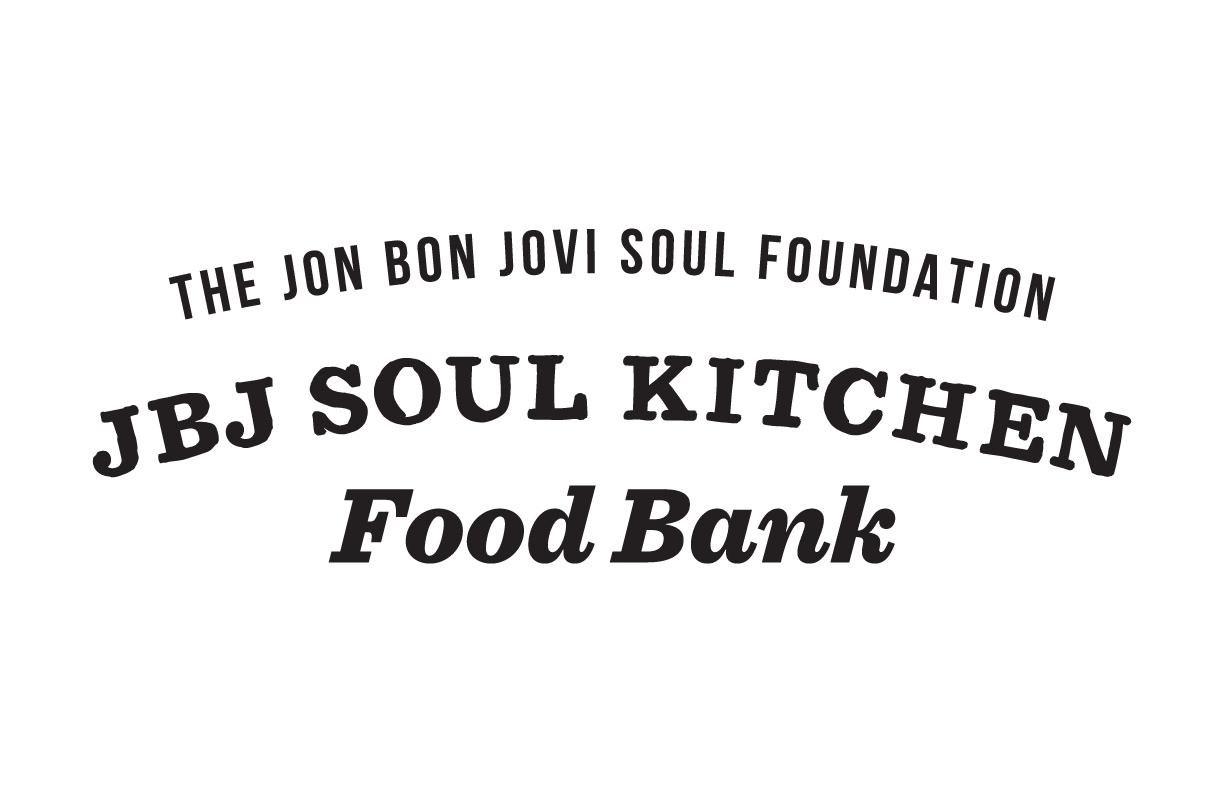 Due to the current COVID-19 crises, we are unable to have volunteers or accept food donations from individuals at the JBJ Soul Kitchen Food Bank. If you or someone you know are in need of food assistance, please contact your local food pantry.

If you are a food pantry in need of help and are located in the East End, or are a business looking to donate, please email us:

Dorothea and Jon Bon Jovi heard of East End pantries overwhelmed by growing demand, and, drawing upon their 15 years of experience in the areas of homelessness and hunger, the couple called upon local community leaders, food banks and pantry operators to create a plan.

“The pandemic has strained food distribution networks around the country, and after hearing from organizations on the ground about its local impact, the need for a food bank on the East End became clear to us,” said Jon Bon Jovi.

In the span of three short weeks, the JBJ Soul Foundation contracted with food distributor US Foods and forged an association with Island Harvest Food Bank, a leading Long Island hunger-relief organization, whose technical expertise and knowledge of the needs of the East End community has been an invaluable resource. Jon and Dorothea then met with the Scott Rubenstein family who donated space at The Clubhouse for this effort. Different from a pantry, the JBJ Soul Kitchen Food Bank is a charitable entity that solicits, receives, stores and distributes large quantities of purchased or donated food and grocery products to the community through food pantries.

“When most people think about the towns of the East End, they don’t necessarily think about hunger, but for many, it is a reality,” said Dorothea Bongiovi.

“No ZIP code on Long Island is immune to hunger and food insecurity, and the unprecedented COVID-19 crisis has created a new standard of need, including among people who have never accessed the region’s emergency feeding programs,” said Randi Shubin Dresner, president & CEO, Island Harvest Food Bank. “We look forward to working with the Jon Bon Jovi Soul Foundation in addressing the critical issue of hunger on Long Island’s East End to make sure that no one goes hungry.”

“Since the COVID-19 crisis began, we have seen demand nearly triple from the after-school families and senior populations we serve. Before, we served approximately 70 people on the first Thursday of every month. Now we serve approximately 200 people per week,” states Bonnie Cannon, Executive Director of the Bridgehampton Child Care Center, a local youth and community organization working to feed underserved communities. “I am so glad to be part of this endeavor.”

Working with several pantries, The JBJ Soul Kitchen Food Bank aims to provide food for 5,000 individuals monthly, with plans to reassess need at the end of the summer. It will also be adding pre-made Soul Kitchen meals for those struggling with homelessness or who might not have access to cooking facilities. Food and essential items will continue to be distributed among community members through existing food pantries, all in accordance with established protocols recommended by public health experts.

With your donation toward the JBJ Soul Kitchen Food Bank, we can continue to offer assistance & hope to those in need, thank you.

Since 2006, the Jon Bon Jovi Soul Foundation has worked to break the cycle of poverty and homelessness through developing partnerships, creating programs and providing grant funding to support innovative community benefit organizations. The JBJ Soul Foundation, in partnership with local community organizations, has helped provide funding for over 700 units of affordable housing and shelter in 11 states and Washington, DC for thousands of individuals and families experiencing homelessness and financial instability including youth and veterans. For more information please visit:

The Foundation expanded its mission in 2011 to address issues of food insecurity and currently operates three JBJ Soul Kitchen community restaurants in Red Bank, NJ, Toms River, NJ and at Rutgers University – Newark. Soul Kitchen serves nutritious, culinary dishes using a ‘pay it forward’ model where there are no prices on the menu but instead you are encouraged to make a suggested donation. If you are unable to donate, you are invited to join our community to learn about volunteer opportunities and resources. Since its inception, the Kitchens have served over 100,000 meals, reaching the goal of serving 51% of paying diners and 49% of diners in-need. For more information, please visit: